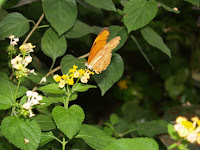 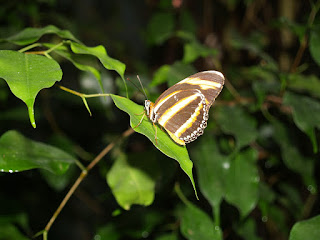 Digestive System.
The digestive system is the main one responsible for processing the food we consume, so that it can be used as an energetic support or as a font of source materials.
The digestive system fragments large molecules of the food transforming them into smaller molecules that can be absorbed. In this unit we will analyse the anatomy, physiology and reproduction of eukaryotic animal cells.
The whole digestive process can be divided into five consecutive actions.
Anatomy of the Digestive System.
Introduction.
The digestive system can be divided into two parts:
In this unit we will study the digestive duct, from the mouth to the anus, analysing the most relevant accessory structures in each part.
Mouth.
Also called oral cavity, this is the gate where the ingestion of food takes place. It is bound laterally by the cheeks, at the right and left sides, the hard and soft palates at top and the tongue at floor. It is separated from the exterior by two fleshy folders covered by thin skin called lips.
The inner part, between the cheeks is called vestibule. Behind the vestibule, the duct that binds the mouth posteriorly is called isthmus of the fauces. This duct separates the mouth from the pharynx. Just in the boundary of the isthmus there is a little hanging piece of soft tissue called uvula.
The roof of the mouth is called the palate and has two parts. The anterior part is made of bone and it is called hard palate. The bones that form the hard palate are two small palatine bones and a part of  the maxillary bone. The posterior part is made of muscle and it is called soft palate.
There are also several accessory structures in the mouth:

Pharynx.
This duct is a part of the digestive and respiratory systems at the same time. The contraction of the muscles that surrounds the tube moves the food from the mouth to the oesophagus. It is in contact with upper part of the larynx, called epiglottis, that prevents the food from passing into the respiratory system.
Oesophagus.
This is a 20 to 30 centimetre long tube, located beneath the windpipe (trachea). It starts at the lower portion of the pharynx, crosses the mediastinum trespassing the diaphragm through the oesophagic hiatus and ends up at the upper portion of the stomach.
The peristaltic movements of the wall transport the bolus from the pharynx to the stomach. The tube terminates at the cardias, also called superior oesophageal sphincter, that controls the entrance to the stomach.
Stomach.
Dilated portion of the gastrointestinal duct, located under the diaphragm. Its shape and size changes according to the movements of the diaphragm, the amount of food and the digestion phase. It has four parts. The upper part, called cardia, has the opening to the oesophagus. Just under the cardias, at the left side, there is a large concave part called fundus. The central part of the stomach is called body. And the lower part, connected to the intestine by a sphincter called pylori, is called pyloric antrum.
Cardia and pylori are two sphincters stat enclose the food in the stomach during the digestive process of the stomach, so that the food being digested and the digestive acids can not flow back to the oesophagus or pass into the intestine until the process has finished.
Two important digestive processes take place in the stomach: mechanical digestion and chemical digestion. The mechanical digestion is carried out due to the peristaltic movements of the stomach wall. These movements also mix the food with the gastric juices, released by the stomach wall. These juices are responsible for the chemical digestion of the food. The main component of the liquid that carries out the chemical degradation of food components is the hydrochloride acid (HCl), although there are other digestive components, such us enzymes responsible for degradation of proteins, fats or polysaccharids. The bolus after being digested in the stomach is called chyme.

Small Intestine.
It is a six meter long and three centimetre thick tube, that stats at the pyloric sphincter, just beneath the stomach and ends up at the ileococcal sphincter, that separates the small intestine from the large intestine. It is intricately tingled in the central and inferior region of the abdominal cavity.
The small intestine has three parts. The first one is called duodenum, it is only 25 centimetre long and it is located just beneath the stomach. It is an important region, because liver and pancreas release their secretion to it. The central part of the small intestine is called jejune and it is 2.5 meter long. The final part is between 3.5 and 4 meter long and it is called ileum. The ileocecal sphincter separates the ileum from the large intestine.
The small intestine wall is not smooth, but it is profusely folded, forming lots of little finger shaped protrusions called intestinal villi. Their function is increasing the intestinal surface, so  intestine has an extremely huge area from which to absorb nutrients from the food. The epithelial cells that cover the inner part of the tube, besides, have microvilli in their upper membrane, to increase the absorptive surface even more.
As we have mentioned, the absorption of nutrients takes place in this part of the digestive system. In fact, it is the only place where a massive absorption takes place. And it is also the place where the digestion of food is completed, although it has started in the mouth and above all in the stomach. The mechanical digestion in the small intestine, led from the peristaltic movements of the wall, is not really relevant. The chemical digestion, however, is very important. It transforms the chyme from the stomach into chyle. The cells of the intestinal wall release little amounts of digestive products, although chemical digestion is principally carried out by chemical substances released to the intestine by two accessory glands: pancreas and liver.

Changing their appearance to look better or at least different to the rest has been an obsession to for human beings since ancient times. Even our most primitive ancestors used chemical products to modify the colour of their skin and hair or their bodily smell.
In fact, perfumes are not only one of the first cosmetics produced by primitive humans, but also one of the most common, produced and sold nowadays. Classically perfumes are made up of three different groups of fragrant substances according to the duration of their smell, called low, medium and high notes.

High notes are fleeting essences, usually derived from flowers or other odorous parts of plants. Medium notes are slightly more lasting than high notes and also come from plants. Finally, low notes are the most persistent ones, are the responsible for the central smell of the perfume, that one that is present for hours. Low notes are mainly obtained from animal fluids, such us some sexual glands.

One special product used to obtain low notes is distilled from an strange material that sometimes appears in on the coast of Nordic countries. It is a spherical grey greasy structure called ambergris. The origin of this substance was a mystery for centuries.
To discover its precedence we must travel to the deep cold parts of the Atlantic Ocean. It is not easy to assume that three quarters parts of our planet surface is covered by several kilometres of water, and we know much better the characteristics further places such as the Moon or Mars’ surface than this profound zone of our own planet.

Hidden in that obscure world lives one of the most mythological animals, the giant squid, that is the largest known invertebrate and one of the five largest animals in general. It is so strange that nobody achieved recording a live giant squid until 21st century and we were only able to meet them when they died in superficial zones and their corpses were carried by oceanic current to the coast. Something quite infrequent.
The main predator of this legendary animal is the sperm whale. This cetaceous is capable of diving to the deepest part of the ocean to hunt giant squid. It is not, however, an easy task. We must realise that in abyssal zones there is not light, so the preys must be located by echolocation. Some parts of the squid, besides, are not digested easily. Although the animal is covered by a soft muscular mantle, in its interior it has a cartilaginous skeleton (that lots of us have tasted when we eat roasted squids). And its powerful beak is also extremely hard.

When a sperm whale eats a giant squid, all these hard remains can not be digested properly, so they build up in the intestine of the animal. Afterwards they are compacted, forming spherical structures. These spheres grow slowly in the guts of the animal and, when they are large enough, the whale vomits them.
And, yes, sometimes they arrive floating at the coast and they are that substance that we call ambergris.

What a wonderful world we live in, a place where an strange substance used to produce perfumes by humans is the remains of a giant animal after being digested by the intestine of the largest carnivore on the planet, and has traveled from the deepest part of the sea to a little glass bottle in a wardrobe of our bathroom.