The skeleton is the main system to support the body. It forms an internal hard structure that supports other organs, protecting them. Some delicate organs are enclosed in a sort of armour made of bones. The brain, for instance, is enclosed in the cranium and the lungs and heart are protected by the rib cage.
The skeletal muscles are attached to bones and the contraction of different muscles move the bones they are joined to, providing movement to the body.
The bones are, besides, the main reservoir for calcium in human body. When the calcium is required in the blood, it is extracted from the bones.
Finally, in the bone marrow, which can be found in the interior of large bones. The haematopoiesis process is carried out to produce blood cells.
The bones have three parts:

According to its shape, there are four types of bones:

Skeleton: Bones
Cranium
These group of bones enclose and protect the brain.
Facial bones.
They form the face. 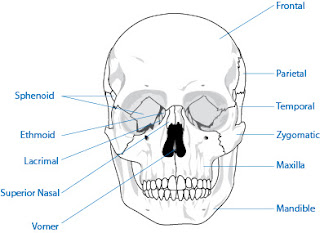 Neck
Spine (vertebral column)
The spine, the sternum and the ribs are the central bones of the trunk. The spine is made up of irregular bones called vertebrae. There are 26 vertebrae, classified according to their position:
Thorax
Bones that form the rib cage. They protect some vital organs (heart and lungs) and support the upper limbs.
Shoulder articulation
The shoulder articulation connects the upper limps to the trunk.
Upper limb
These bones form the arms. 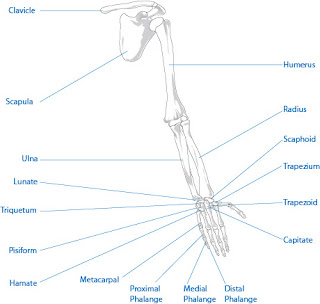 Hip articulation
Lower limb
These are the leg bones. 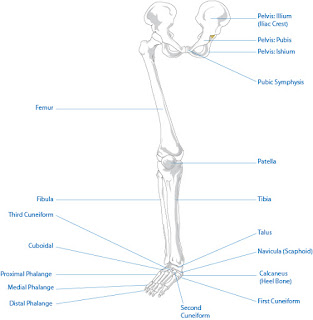 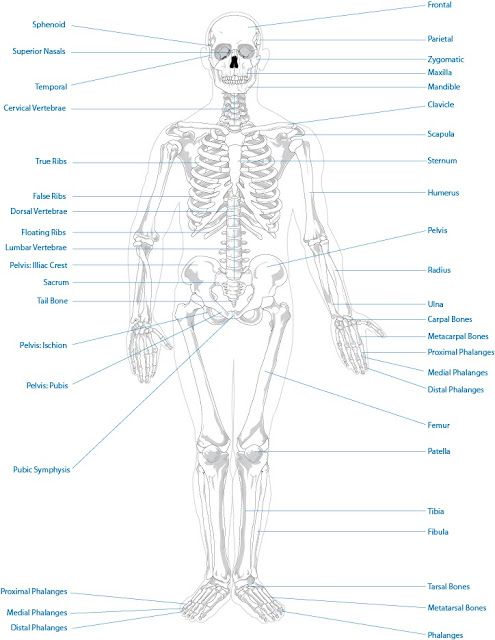 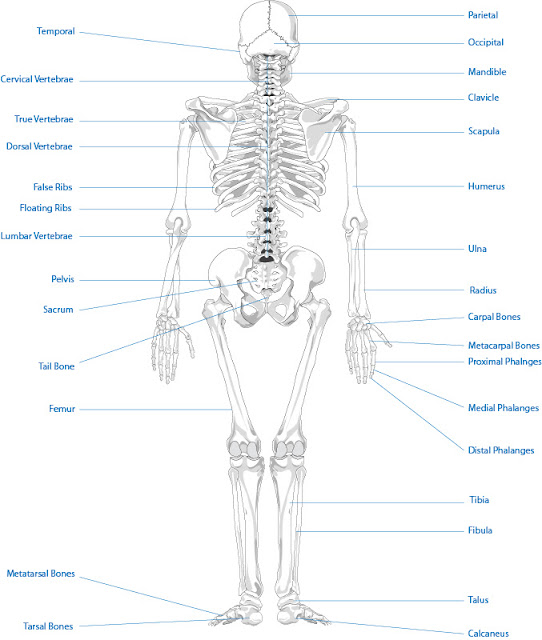