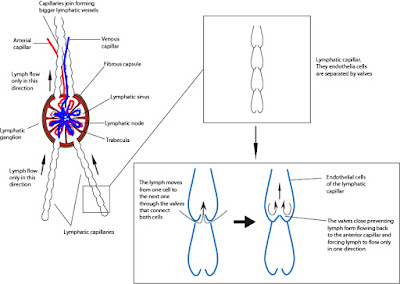 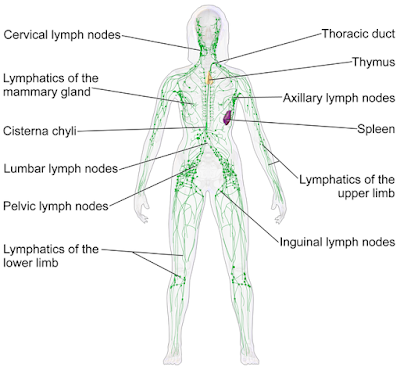 Components of the Circulatory System
Introduction
The circulatory system has two components: the organ that pumps the blood, called the heart, and the tubes that transport blood throughout the body, called blood vessels. 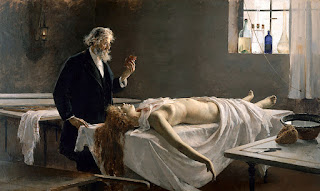 The Heart
The heart is a muscular organ responsible for pumping blood throughout the blood vessels. It is a hollow, conic-shaped and weighs around 300 grams in an adult human. It lies over the diaphragm, in a cavity in the thorax called mediastinum. It is in the left part of the thorax, with its lower vertex towards the left.
The heart is surrounded by a sac called pericardium that is made of three layers. The outer layer is made of fibrillar connective tissue and it is called fibrous pericardium. This is a hard and inelastic layer responsible for preventing the heart form over-distension. The second layer is the serous pericardium, a thin and delicate membrane. The inner layer is a visceral membrane called epicardium. Between the serous pericardium and the epicardium there is a liquid called pericardial fluid, that is responsible for lubricating the layers, improving the movement of the heart.
The heart is divided into two nearly symmetrical parts, the right and the left part. They are not exactly symmetrical because the left part has a thicker wall. Each part is divided into two cavities, the upper chambers are called atrium and the lower chambers are called ventricles.
The right part of the heart sends blood to the pulmonary circuit, that transports blood to the lungs in order to oxygenate it and to remove the carbon dioxide. The left part of the heart is responsible for sending the oxygenated blood to the rest of the body. This second circuit, called systemic circuit, is longer than the first one. As a result, the muscle of the left part of the heart is thicker. These two circuits form the double circulation.
The right atrium opens into the right ventricle through the tricuspid valves. The left atrium opens into the left ventricle through the mitral valve. These valves, called atrioventricular valves, prevent blood from flowing back from the ventricles to the atriums, when the ventricles contract to pump the blood.
There are also valves between the ventricles and the arteries to prevent blood from flowing back from the arteries to the ventricles after the contraction. They are called semilunar or sigmoid valves.
The heart has its own small circulatory system, that sends blood to the muscular system, ensuring the distribution of oxygen and nutrients and the elimination of carbon dioxide and waste products. These veins and arteries that surround the heart are called coronaries.
The heart rhythmically contracts, on average, between 60 and 80 times per minute. The heart contraction is called systole and this movement pumps the blood from the heart. The heart relaxation or expansion is called diastole and this movement fills the heart of blood.
Diastole and systole are controlled by the central nervous system and the sympathetic and parasympathetic pathways of the autonomous nervous system. When the body needs more blood irrigation the heart beat rate rises and when the body needs less blood irrigation the heart beat rate decreases. There is also an autonomous system to ensure a basic rhythm that is controlled by a group of nerves and nodes located in the heart surface. The nodes send rhythmical impulses that are transmitted by the nerves to different parts of the heart to control and coordinate the contraction. All the muscular fibres must contract at the precise moment and the nodes control the process. When the heart beat rate must be increased, the central nervous system and the autonomous nervous system send impulses to the nodes to increase the rhythm without losing the coordination.
Cardiac Cycle.
After the contraction, the ventricles are contracted and emptied. In this moment, the atriums are filled with blood. The sigmoid valves are open. Then, the ventricles relax. The expansion causes negative pressure in the ventricles that open the atrioventricular valves and close the sigmoid valves. The blood falls from the atrium to the ventricle (because the valves are open).
Then the atriums contract in order to pump all the blood from these chambers to the ventricles. After the contraction, the atriums relax, causing negative pressure in the atriums. This negative pressure close the atrioventricular valves.
At this moment, the atriums are empty, the ventricles filled with blood and the mitral and tricuspid valves closed. Then the ventricles abruptly contract. The blood can not flow towards the atriums, because the atrioventricular valves are closed, so it is pumped towards the arteries and the sigmoid valves open during the ventricular contraction.
Just after the ventricular contraction the atriums relax, suctioning blood from the veins. And this is again the initial situation. When the ventricles relax, the negative pressure closes the sigmoid glands preventing the blood from flowing back from the arteries to the ventricles. And open the atrioventricular valves, so the blood falls from the atrium to the ventricles.
Thanks to this cycle the heart can pump from five to six litres of blood per minute in normal conditions.
The blood enters the right atrium from the inferior vena cava and the inferior vena cava. And it is pumped from the right ventricle to the pulmonary trunk, that divides into the right and left arteries that transport blood to the right and left lung respectively.
The blood enters the left atrium from two left pulmonary veins and two right pulmonary veins. And it is pumped form the left ventricle to the aorta, that is the main artery of the systemic circulation.

Blood vessels.
The blood vessels transport blood throughout the bloody. A human being has around one hundred thousand kilometres of blood vessels.
There are three types of blood vessels.
They are also subdivision. The big arteries divide into small arteries and these divide into arterioles. The capillaries that irrigate the different tissues of the organs join forming venules. Venules join to form bigger veins that join to form the large veins in our body.
Arteries and arterioles have higher blood pressure than venules and veins, because they transport blood that has been directly pumped from the heart. Due to this, their walls have more elastic fibres and a muscular layer that allows arteries to change their diameter.
Veins and venules have, however, a thinner wall that it is not so elastic. The muscular layer of the wall is also very thin, so veins and venules can not nearly change their diameter. The veins of some parts of the body, above all of the legs, have valves to prevent blood from flowing backwards.
The blood pressure is strong in arteries and its intensity gets less with distance. The further from the heart the vessel is, the lower the pressure of the blood in the vessel. This pressure is lower in the veins, above all the veins in lower parts of the body. There are some mechanisms that help the blood to return to the heart.
Veins and arteries have communication vessels at many points. They are called anastomoses and they are very useful to ensure the distribution of blood when one blood vessel is damaged or blocked, because there are always alternative pathways. They can usually open and close. They can be found communicating veins and arteries, venules and arterioles or capillaries.
Blood Pressure.
Blood pressure is the force of the blood against the walls of the vessels. The arterial pressure is higher than the venous pressure. Venous pressure, besides, is constant: 10 mm of Hg, more or less. Arterial pressure, however, changes depending on the movement of blood. The arterial pressure is lower when the heart is relaxing. It is called diastolic pressure and it is around  80 mm of Hg. It is the pressure when the artery is at rest. The arterial pressure is higher when the heart contracts, because the movement of the pumped blood through the vessel puts pressure on the wall of the vessel. It is called systolic pressure and it is around 120 mm of Hg.
Arterial pressure changes with the heart rate and the contraction of the arteries. It can also change depending on the hydric state of our body. It is controlled by the central nervous system, the autonomous nervous system and the endocrine system, mainly by the secretion of antidiuretic hormone (ADH) and Aldosterone (Ald).
Microcirculation.
Microcirculation is defined as the blood circulation inside the organs, where the exchange of substances between the blood and the tissues takes place. The nutrients and oxygen transported by the blood exit the blood vessel to reach the different cells of the tissue, whereas the waste products and carbon dioxide enter the blood vessels to be released to the exterior.
The exchange of products occurs in the capillaries. These blood vessels have a thin wall that allows the movement of molecules through them. Arterioles and venules do not allow any kind of exchange, although they are a part of the microcirculation because they are always inside the organs.
The endothelial cells that cover the inner face of the capillaries and the basal membrane that support these cells are essential to the exchange process. There are different types of capillaries that have different permeability. Fenestrated capillaries, for instance, have real holes in their walls, so their permeability is really low and they can release large amounts of plasma and bigger molecules to the interstitial space.


The microcirculatory system is controlled by small sphincters that can open and close different microcirculatory paths, increasing or decreasing the circulation of different parts of the organs. The hydrostatic and oncotic pressures are also very important to control the exchange of products.
Publicado por elmodernoprometeo en 10:16 No hay comentarios: