Cell Anatomy.
A cell is the functional unit of living beings. All the living beings are made up of one or more cells (the only exception are viruses, not considered living beings by many scientists). Each cell in a multicellular organism is a living being capable of carrying out all the vital functions (although in complex organisms the cells are extremely specialised, so they have lost their individuality and can not live by themselves).
There are to groups of cells according to their characteristics: Prokaryotic Cells and Eukaryotic Cells.
Prokaryotes are primitive cells, without nucleus or complex inner organelles (they have no inner membranes, so the only complex organelles that can be found are ribosomes). The most important prokaryotic organisms are bacteria.
Eukaryotes, on the other hand, are more modern cells, with a nucleus and complex inner organelles. All the multicellular organisms are made up of eukaryotic cells. There are two types of eukaryotic cells: plant cells and animal cells. Plant cells have cell walls made up of cellulose. And chloroplasts, the organelles used to make photosynthesis. Animal cells, however, never have cell walls or chloroplasts (they never photosynthesise).
In this unit we will analyse the anatomy, physiology and reproduction of eukaryotic animal cells.
Cell Anatomy: Parts of the cell.
Eukaryotic cells have three parts:
Cell Membrane.
The cell membrane is the barrier that separates the interior from exterior of the cell. This barrier is also the system which controls the transport of substances between interior and exterior. Furthermore, the cell membrane protects the inner part of the cell.
The cell membrane is a type of biological membrane, and biological membranes are made up of two main components:
According to their function, there are several types of proteins. These are the most important ones:

Cytoplasm.
The cytoplasm is the inner part of the cell. It is the place where all the characteristic cell actions take place: metabolic cell reactions (anabolic and catabolic), cell respiration, etc.
The cytoplasm has two main components. One of these is the liquid component, made up of proteins and many other substances dissolved or suspended in water. This liquid component is called cytosol. The other one is made up of complex specialised structures, where some concrete actions are carried out, and are called Cell Organelles.

Nucleus.
The nucleus is an important zone of the cell, usually spherical and surrounded by double membrane (that continues with the endoplasmic reticulum) called nuclear membrane. The  nucleus is the place where the DNA is stored. Although the DNA never exits from the nucleus (except during the cell division), it can not be isolated, so there must be connections between the nucleus and the cytoplasm. These connections are called Nuclear Pores, and are circular holes in the membrane that allow the exchanges of macromolecules between the nucleus and the cytoplasm (for instance, the RNAm must be produced in the nucleus, but is used in the cytoplasm, in the ribosomes, to carry out the protein synthesis in the ribosomes). The non condensed DNA of the nucleus is called chromatin. There are zones of the DNA with different grades of condensation.
The nucleolus is a circular zone of the nucleus where the chromatine is very dense. This is  the place where the RNAr (this RNA is the main component of ribosomes) is produced. This structure is related to the cell anabolism, because the ribosomes are the cell organelle responsible for the production of proteins.
Just before the cell reproduction, the chromatine in the nucleus is condensed, forming dense enlarged structures called chromosomes. These structures ensure that, during cell division, the DNA of the cell is correctly distributed between the two descendant cells. The number of chromosomes formed during the cell division is always the same for each species of living beings. The chromosomes are organised as pairs of homologous chromosomes. Human beings, for instance, have 23 pairs of chromosomes (46 total chromosomes). The number of pairs is called n. As the total chromosomes are the double, this number is called 2n. In human beings n=23 and 2n=46.

The cytokinesis usually begins during anaphase, and ends at the final part of telophase.
Meiosis.
The second type of cell division is called meiosis. This only takes place in reproductive cells and is the process carried out to produce gametes. These cells must have half of the chromosomes, or in other words, only one of the two homologous chromosomes.
So, during the sexual reproduction two gametes join, adding n chromosomes each one of them and producing a cell with the common 2n genetical information.
The meiotic process produces four daughter cells, different one another and different to the mother cell. It can be divided into two main parts, called Meiosis I and Meiosis II. Each part is also divided into four phases, called Prophase, Metaphase, Anaphase and Telophase (just like in mitosis).
During Prophase I the homologous chromosomes join forming an structure called synapsis.  In this process, the chromosomes exchange fragments. Due to this, after Prophase I the two chromatids of the chromosomes are not identical, because they have exchanged parts with their homologous chromatid. This factor is responsible for the production of different daughter cells.

Meiosis I produce two different cells. Each one starts the next process, called Meiosis II.
During Meiosis II the process that takes place is very similar to an ordinary mitosis, but with two important differences. The first one is that there are not homologous chromosomes, all the chromosomes are different. And the second one, during Anaphase II the chromatids that travel towards opposite poles are not identical, they are different (due to the synapsis that had taken place during Prophase I). This leads to the production of two different cells.

Meiosis I produce two cells. Each one starts Meiosis II. So when the process ends, four different cells with only half chromosomes (n) have been produced. 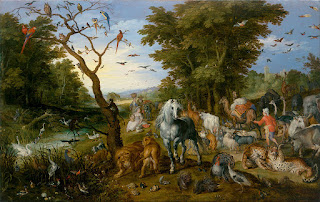 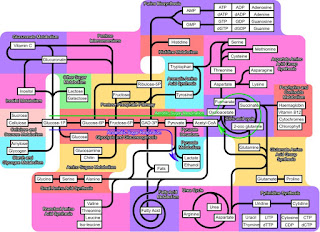 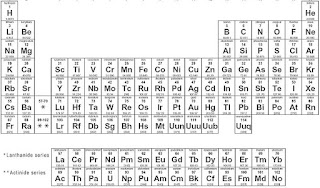 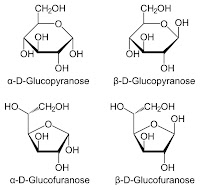 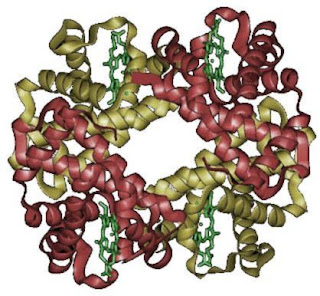 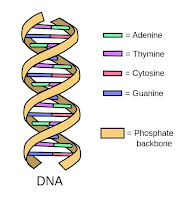